This week, we’re breaking down the Top 10 Movies and Shows watched by Reelgood users in the US from May 12 through May 18, 2022. New summer releases have toppled the favorites like Moon Knight and we’re here for it. Let’s dive into what’s new and what you shouldn’t miss.

Check out what everyone’s watching below. We’ve also added a few recs along the way. Happy streaming!

*These lists are updated every Friday, so bookmark this page if you always want to know what everyone’s watching! 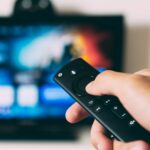 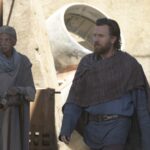