This week’s Reelgood Top 10 is just as full of surprises as familiar titles. Perhaps the biggest shock is that Stranger Things fell out of the ranking just days before the second batch of its fourth season hits Netflix. Another surprise comes in FX on Hulu’s new drama The Bear not cracking the ranking. Despite constant Twitter chatter, viral thirst memes about its star Jeremy Allen White, and debates about its Chicago authenticity, Reelgood users were more concerned about another Hulu offering: The Old Man. Now on its third episode, the Jeff Bridges and John Lithgow-starring thriller is a smash hit. It still boasts a whopping 94 percent on Rotten Tomatoes and seems to be a fixture here for weeks to come.

On top of The Old Man dominance, there is a marquee Disney+ premiere from the Marvel Cinematic Universe, some of the same titles from last week staying on for another shot at Reelgood Top 10 glory, and relatively underwhelming debuts from Netflix’s The Umbrella Academy and HBO’s Westworld. So is The Old Man the new guard?

On just its third episode, The Old Man is the reigning champ of the Reelgood Top 10, nabbing the top spot for a second consecutive week. Based on a 2017 novel by Thomas Perry, the show stars Jeff Bridges, who plays Dan Chase, a former CIA operative who escaped the spy life for a quieter existence in Vermont but because of his knowledge of government secrets and skill as a deadly assassin, he still has enemies. One of those enemies is FBI agent Harold Harper (John Lithgow), who hunts Chase. While the show is notable for combining those two stars, it’s also worth seeing for Bridges’ resilient performance: not only are critics raving about his star turn, but he overcame a cancer diagnosis and chemotherapy during filming.

2. Doctor Strange in the Multiverse of Madness (Streaming now on Disney+)

Before Top Gun: Maverick recently took the throne, Doctor Strange in the Multiverse of Madness was the highest-grossing movie of 2022 worldwide. It only makes sense that for its Disney+ streaming premiere, it’d hit the top two of the Reelgood Top 10. I would write what critics thought about this film, but it doesn’t matter: People don’t check Rotten Tomatoes before going to see the latest Marvel movie. With 28 total films in the Marvel Cinematic Universe so far, audiences will continue to flock to see Benedict Cumberbatch, Elizabeth Olsen, John Krasinski, Rachel McAdams, Benedict Wong, Chiwetel Ejiofor, and more in a big-budget superhero flick.

Amazon’s The Boys is back in the top three of the Reelgood Top 10 after a brief pitstop at ninth last week. If you’re curious why it jumped back to the top, the show apparently had its highest-rated episode yet in “Herogasm.” If you, the reader at home, are wondering, “what’s a ‘Herogasm’?” You’re in luck because we’ll tell you it’s an annual orgy for superheroes in The Boys universe. Yes, for real. This plot point was largely based on the comic book series Herogasm, which was a six-issue arc that came out in 2009. People want to see superheroes do the nasty. Now in its third season, The Boys is a satirical, brutal, and confrontational middle finger to a ubiquitous genre, and it’s still getting solid reviews. Considering the show’s positive momentum, Prime Video has already renewed the series for a fourth season.

The Ewan McGregor-starring miniseries Obi-Wan Kenobi is once again in the top five of Reelgood Top 10, dropping from third to fourth on the strength of its miniseries finale. As expected, Kenobi and Darth Vader have another iconic clash featuring an extended lightsaber fight, with both using “the high ground” to their advantage. While Obi-Wan Kenobi didn’t match the stakes of A New Hope or even Revenge of the Sith, it’s been a joy to see Ewan McGregor and Hayden Christensen reprise their roles, and the payoff of the finale should warm the heart of some of the most skeptical Star Wars fans.

This feature-length adaptation of a George Saunders short story hits the Reelgood Top 10 for a second consecutive week. Spiderhead is directed by Top Gun: Maverick’s Joseph Kosinski and boasts an all-star cast in Miles Teller, Jurnee Smollett, and an excellent Chris Hemsworth. Between a Saunders story for the literary crowd, Kosinski’s populist approach to blockbuster films, and a likable cast in Teller, Smollett, and Hemsworth, this is a winning combo for Reelgood Top 10 consistency. It’s for fans of The Island, Ex Machina, Hunger Games, and more.

6. Good Luck To You, Leo Grande (Streaming now on Hulu)

Good Luck To You, Leo Grande is surprisingly but welcomely hitting the Reelgood Top 10 for the second consecutive week. Armed with a great and provocative premise: an elderly widow Nancy Stokes (Emma Thompson), hires a good-looking young sex worker named Leo Grande (Darryl McCormick) for a night of fun. As you can expect, Thompson is fantastic, and so is newcomer McCormick, who’s incredibly welcoming and charming throughout. This is a film that doesn’t need multiple settings or even an extended cast: it thrives on the intimacy and chemistry between these two characters.

7. The Summer I Turned Pretty (Streaming now on Prime Video)

From writer Julia Han of To All The Boys I’ve Loved Before fame comes another adaptation of her work in The Summer I Turned Pretty. Instead of going the Netflix route again like To All The Boys, this time her book trilogy has been turned into a TV series on Prime Video. Lola Tung stars as Isabel Conklin, a young woman who eventually gets into a love triangle between two hunky brothers named Jeremiah and Conrad. Alongside Tung are co-stars Jackie Chung, Christopher Briney, Gavin Casalegno, Sean Kaufman, Minnie Mills, and Alfredo Narciso.

Multiverses are everywhere in 2022 and we’re not just talking about Doctor Strange in the Multiverse of Madness. There’s WandaVision, Shining Girls,  Russian Doll, Everything Everywhere All At Once, and now the third season of Netflix’s The Umbrella Academy. Compared to season two, writers seemed to tweak a ton of the show’s formula for something more heady and experimental. There are blurred timelines, ample callbacks to previous seasons, and enough twists to beguile and inspire. Elliot Page is fantastic, as expected.

Westworld has been one of HBO’s marquee and most-expensive shows since its premiere in 2016, so it’s no shock the premiere of the fourth season meant a Reelgood Top 10 debut. There hasn’t been a new episode of the dystopian sci-fi-meets-western mainstay since March 2020, which means you had a couple of years to get caught up before this eight-episode arc hits HBO Max. Rounding out an all-star ensemble of Aaron Paul, Evan Rachel Wood, Ed Harris, Jeremy Wright, and many others are newcomers to the series Aurora Perrineau and Ariana DeBose.

The original Top Gun has now been on our Top 10 for eight consecutive weeks. Most new movies that come out on streaming services grace the Reelgood Top 10 for their debut week and, if they’re lucky, stay on for the following week before inevitably dropping out. But Top Gun, a movie that first came out in 1986, has stayed on for longer than Stranger Things. At a certain point, it might not entirely be because of the uber-successful sequel Top Gun: Maverick, which still boasts a 97 percent on Rotten Tomatoes with reviewers and has grossed over $1,016,263,206 worldwide. Top Gun: Maverick is now the highest-grossing movie of 2022 worldwide. Good God. 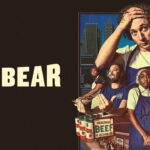 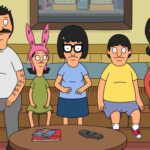