It’s that time of the week! Each Tuesday the team at Reelgood picks out a few of our most anticipated movie and TV shows coming to streaming. Hopefully, this list will help you figure out what to stream this week, from Marvel Studios’ Hawkeye to Halle Berry’s Bruise.

Disney+ has been on a pretty impressive run with its Marvel based TV series. Both WandaVision and Loki were massive for the streamer. The next installment of the Marvel TV spin-offs will arrive later this week with Hawkeye. Taking place after the events of Avengers: Endgame, Hawkeye will follow Clint Barton as he attempts to catch up with his family for the holidays. However, an aspiring super with a knack for the bow and arrow is paired with Hawkeye to stop a threat from Hawkeye’s past. Can Hawkeye and Kate Bishop stop the menace before the holidays? Find out when Hawkeye heads to Disney+ on Wednesday, November 24th.

Halle Berry is set to make her directorial debut with Netflix’s Bruised. The famed actress will also star as Jackie Justice, a disgraced former MMA fighter. When she is tempted back into the ring by boyfriend, Jackie’s world is upended. Check out this gritty flick from Halle Berry on Netflix this Wednesday, November 24th.

The Beatles: Get Back

Peter Jackson will debut his highly anticipated documentary on the Beatles later this week. The Beatles: Get Back is a three part documentary covering the world-famous band during the record of the “Let It Be” album. Jackson promised a never-before-seen look at the crew as they recorded one of the most popular albums of all time. Watch The Beatles: Get Back on Disney+ this Friday, November 26th.

Wesley Snipes and Kevin Hart star in True Story, an upcoming crime-drama headed to Netflix later this week. The dark and gritty looking True Story is a big departure from Hart’s usual work, which is typically on the funnier side. The series follows an up and coming comedian (played by Hart) who’s life and career are threatened after a dangerous night out with his brother (Wesley Snipes). Watch True Story on Netflix this Wednesday, November 24th.

How to with John Wilson (Season 2)

John Wilson’s instructional yet introspective comedy series How To with John Wilson was well received by critics and fans when it debuted last year. The show features handy tips and advice from John Wilson, and the people he meets, on a variety of topics including “How to Make Small Talk” and “How To Put Up Scaffolding”. The second season is set to hit HBOMax this Friday, November 26th. 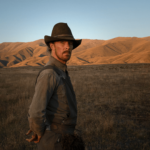