It’s that time of the week! Each Tuesday the team at Reelgood picks out a few of our most anticipated movie and TV shows coming to streaming. Hopefully, this list will help you figure out what to stream this week, from HBOMax’s Dune to the latest season of Locke & Key.

Denis Villeneuve’s highly anticipated sci-fi epic, Dune, is almost upon us. After a laundry list of delays, fans of the series will finally be able to feast their eyes on the stacked cast and impressive visuals. Timothée Chalamet stars as Paul Atreides, a young man who travels to a strange planet on behalf of his family. His mission: ensure the safety of his people while mining the planet for the universes most valuable recourse, spice. Check out the star-studded epic Dune this Friday, October 22nd when it premiers in theaters and on HBOMax.

Netflix struck gold with Locke & Key back in 2019. The hit streaming show follows three siblings who come together after the death of their father. Together, they use their powers to stand against an evil being who seeks to consume the powers they wield, along with their magical keys. Fans will be able to return to the magic of Locke & Key with Season 2 when it hits Netflix this Friday, October 22nd.

The Next Thing You Eat

Restaurateur, chef and author David Chang is following up his Netflix food show Ugly Delicious with Hulu’s The Next Thing You Eat. The six episode documentary series stars Chang as he covers the future of food in addition to the culinary industry. Watch The Next Thing You Eat on Hulu this Thursday, October 21st.

Debby Ryan stars in Night Teeth, an upcoming crime-thriller headed to Netflix. The movie follows Benny, a college student who chauffeurs a mysterious pair of women who are partying across LA. However, as the night goes on, Benny uncovers the sinister intentions of the pair and must fight to survive. Watch Night Teeth on Netflix Wednesday, October 20th.

Comedic genius Larry David is back for the latest season of Curb Your Enthusiasm later this week. Larry David plays himself as he navigates awkward, and often hilarious situations in this unscripted hit. The long-running show is set to premier its 11th season on HBOMax this Sunday, October 24th. 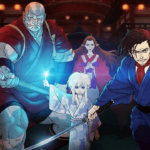 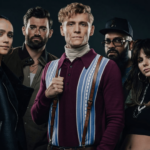