It’s that time of the week! Each Tuesday the team at Reelgood picks out a few of our most anticipated movie and TV shows coming to streaming. Hopefully, this list will help you figure out what to stream this week, from Netflix’s Army of Thieves to horror/thriller Hypnotic.

Zack Snyder, perhaps most famous for his signature Snyder Cut, returned to the horror genre earlier this year with Army of the Dead. The zombie meets heist flick was a hit for Netflix. Now, a prequel movie following safe cracker Ludwig Dieter is set to release later this week. Watch the early days of the zombie apocalypse with Netflix’s Army of Thieves this Friday, October 29th.

Katie Siegel (Hush, The Haunting of Hill House), is back for another Netflix horror project, Hypnotic. When a young woman seeking self help finds a hypnotist, she thinks she’s found the cure to her problems. However, she the number of sessions grow, so do the deadly consequences. Watch Hypnotic on Netflix this Wednesday, October 27th.

Jon M. Chu’s In The Heights (based on the popular stage play by Lin Manuel-Miranda), hit theaters and HBOMax back in June. As part of Warner’s same day streaming model, In the Heights was on the streamer for thirty days, before dropping off to PVOD. Now, HBOMax subscribers who missed out back in June can revisit the musical experience of In the Heights, as it returns to the streamer this Wednesday, October 27th.

Tyson Brown and Shelby Duclos star in First Date, a crime/comedy heading to Hulu later this week. After Mike (Tyson Brown) is convinced to by a ’65 Chrysler (with a shady history), he plans to take the girl next door out on a date. However, the first date leads to disaster as Mike and Kelsey (Shelby Duclos) are pursued by cops and criminals alike. Watch First Date on Hulu this Wednesday, October 27th. 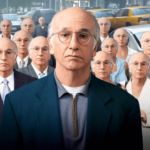 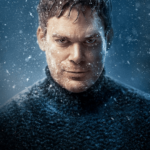