Yesterday was a sad day for cinephiles. After two years of serving up old Hollywood masterpieces and critically-acclaimed films, FilmStruck has officially suspended its services. The site was a bold streaming endeavor from TCM and the Criterion Collection.

It achieved its goal of bringing the best movies from the past and present together in one place for serious film fans, but it ultimately proved too niche to last.

The site’s library of curated content will be deeply missed, but all isn’t lost just yet. Warner Bros. is set to launch a broader streaming service in late 2019 that will include many of the movies that made FilmStruck such a favorite for fans of old Hollywood.

Meanwhile, in a farewell letter sent out to subscribers on Nov. 29, FilmStruck revealed that Criterion is launching their own streaming service in Spring 2019. In the meantime, past subscribers can find many of the titles from FilmStruck’s exhaustive library via other streaming sites like Netflix, Hulu, and Prime Video.

Problem is, checking each streaming service one-by-one for that one movie you never got around to watching on FilmStruck would be too much of a hassle. That’s why Reelgood created this list of every single movie from FilmStruck’s library, along with some nifty features like:

Just because FilmStruck is gone doesn’t mean your passion for cinema has to suffer. Whether you’re looking for the emotional Italian classic Bicycle Thieves or the twisted mystery He Loves Me… He Loves Me Not, that film you never got around to knocking off your cinematic bucket list is still out there.

At its heart, FilmStruck was a place where cinephiles could come together and celebrate the art of cinema. Recreating that sense of community is going to be a tough task for the streaming sites following in FilmStruck’s footsteps.

But the one thing that doesn’t have to change for subscribers is the rush that comes with finding a film that makes you think, breaks your heart or shocks all of your senses.

There’s at least some comfort in knowing that the vast movie library your favorite streaming site created for you still exists in other spaces. Movie lovers are nothing if not resilient and persistent. Saying goodbye to FilmStruck is definitely a sad affair, but the movies you loved are still just a few clicks away. 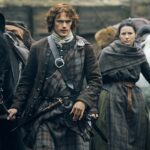 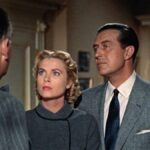