Things tend to slow down a bit for Netflix, Hulu, Amazon, and HBO toward the end of the month. That means your what-to-watch list is shorter this week, but the shows and movies that you’re adding to it are all high quality. Netflix is the star this week thanks to two major series premieres, including Chilling Adventures of Sabrina. However, Amazon and HBO are serving up critically-acclaimed movies, and Hulu has a new season of the anime Overlord that sci-fi fans will love. October is coming to an end, but this lineup is proof that the streaming goodness never ends.

Don’t sleep on Bodyguard. The series stars Richard Madden as a war veteran assigned to protect one of the people who sent him to the Middle East. It’s intense, exquisitely crafted, and an absolute must-see that’s already taken Britain by storm.

Season 2 of this canceled too soon gem is arriving on Netflix to give you all the laughs missing from the networks’ crop of new comedies this year.

You may think you know Sabrina Spellman, but you certainly haven’t seen the teenage witch like this before — dark, creepy, and all kinds of fun, this Netflix series lives up to the hype.

An online role-playing becomes a little bit too real in this sci-fi anime.

Midnight Texas defied the odds and earned itself a second season. Now it’s time to see if this town full of psychics, vampires, ghosts, and other supernatural beings can live up to its full potential.

You Were Never Really Here

Joaquin Phoenix gives a stunning performance in a film about an officer whose quest for justice sends him on a devastating journey.

Meryl Streep stars in this film about the first female newspaper publisher as she and her team unravel a government conspiracy. 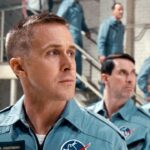