Clint Eastwood is a Hollywood icon and has been in many classic films throughout his career. His films span across various genres, including westerns, action films, dramas, and comedies. He has starred in some of the best films of all time and has received numerous awards for his performances. From his early days in spaghetti westerns to his more recent roles in films like Gran Torino and The Mule, Eastwood has proven that he can do it all. Here is a list of some of the most iconic Clint Eastwood movies and a description of each.

The Good, The Bad and The Ugly (1966)
The Good, The Bad and The Ugly is a classic spaghetti western directed by Sergio Leone. Eastwood stars as the “Man With No Name”, a mysterious drifter who is caught up in a search for a fortune in Confederate gold. The film follows his journey as he teams up with a Mexican bandit (Eli Wallach) and a hired gun (Lee Van Cleef) to find the treasure. This is an iconic western and one of the genre’s most influential films. It features some of the best cinematography and score of any spaghetti western and shows Eastwood in one of his most iconic roles.

Dirty Harry (1971)
Dirty Harry is an action-thriller directed by Don Siegel and is considered one of the best action films. Eastwood stars as “Dirty” Harry Callahan, an unconventional San Francisco cop who is tasked with hunting down a psychopathic killer (Andy Robinson). The film follows Harry as he uses his own unorthodox methods to try and track down the killer. This is a classic action film, and it features some of Eastwood’s best performances. It also introduced the now iconic phrase, “Do you feel lucky, punk?”.

Unforgiven (1992)
Unforgiven is a western directed by and starring Eastwood. He plays William Munny, an aging outlaw who is hired to hunt down a group of cowboys who have attacked a prostitute. The film follows Munny as he gathers a team of gunslingers to take on the task. This intense and gritty western shows off Eastwood’s directing skills. The film won four Academy Awards, including Best Picture and Best Director.

Gran Torino (2008)
Gran Torino is a drama directed by and starring Eastwood. He plays Walt Kowalski, a widowed Korean War veteran who is interested in his Hmong neighbors. The film follows Walt as he struggles to connect with the Hmong community and comes to terms with his own prejudices. This powerful and heartfelt drama shows off Eastwood’s talent as an actor. The film was a success both commercially and critically and was nominated for several awards.

The Mule (2018)
The Mule is a crime drama directed by and starring Eastwood. He plays Earl Stone, a broke and lonely elderly man who is recruited by a drug cartel to transport drugs across the country. The film follows Earl as he struggles to balance his newfound job with his relationships with his family. This powerful and emotional drama shows off Eastwood’s skills as an actor and director. The film was a success both commercially and critically and was nominated for several awards.

Clint Eastwood has starred in some of the best films of all time, and his career spans across multiple genres. From his early days in spaghetti westerns to his more recent roles in films like Gran Torino and The Mule, Eastwood has shown that he can do it all. These are just some of the most iconic Clint Eastwood movies, and each one of them is worth watching. 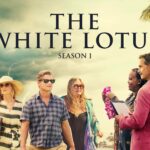