Music fans are still reeling from the loss of rock legend Tom Petty, who died earlier this month at the age of 66. The musician’s decade-spanning career produced unforgettable hits that have been used to score countless pop culture moments. From “Free Fallin’” to “I Won’t Back Down,” Petty’s songs are iconic. If you are still heartbroken over the rock and roll star’s death, then now is the time to honor his memory by spending some time enjoying his life’s work. In addition to listening to Tom Petty and the Heartbreakers albums, that also means checking out the documentaries, shows, and movies that the artist was part of.

Throughout his career, Petty did more than lend his music to the soundtracks of films as diverse as Silence of the Lambs and Elizabethtown. On occasion, he also appeared onscreen. From a recurring role on King of the Hill to his many appearances on The Larry Sanders Show and unforgettable turn in Kevin Costner’s The Postman, Petty’s onscreen choices were delightfully bizarre. They also seem to offer up a dash of insight about a man whose cool status was never challenged.

Petty always did his own thing, and if you want to fully appreciate his ability to surprise and awe fans, then look no further than these unique projects that show off the artist’s many talents.

Tom Petty and the Heartbreakers: Runnin’ Down a Dream — Netflix/Qello Concerts

The ultimate Tom Petty and the Heartbreakers biopic, Runnin’ Down a Dream will give you unprecedented access to the band. Director Peter Bogdanovich explores the rise of the rock and roll legends, while maintaining that Petty was the beating heart of the group. This journey through rock and roll history should not be missed.

King of the Hill — Adult Swim

For 28 episodes, Petty guest-starred as Elroy “Lucky” Kleinschmidt, a man whose claim to fame in his small town was winning a settlement for slipping on pee at a Costco. In true King of the Hill fashion, Lucky was always treated with respect, even as the character often proved himself to be ready to take advantage of anyone. Ultimately, Lucky had a good heart, and Petty’s funny performance highlighted the character’s strengths as well as his many weaknesses.

Unfortunately, It’s Garry Shandling’s Show isn’t currently streaming, but you can see Petty in Shandling’s follow-up, The Larry Sanders Show. Shandling and Petty’s friendship transcended the screen, and seeing them together is a joy — even though Petty is playing a version of himself that is as far away from joyful as it’s possible to get.

Petty joined a number of other musicians for a solid Season 14 episode of The Simpsons, “How I Spent My Summer Vacation.” Homer and his friends attend a rock and roll summer camp in a funny half-hour that is a loving homage and satire of the culture of rock.

There’s no getting around it; The Postman is a weird movie. But Petty appears to have a blast playing a post-apocalyptic version of himself. His Mayor character is a strange, but captivating man, who feels right at home in such an eccentric film.

This documentary is for music lovers. Sound City tells the story of one of the most famous recording studios in the world. And even though Petty’s voice is just one of many in this retrospect, hearing him talk about the place where his albums were recorded is a fitting way to remember the consummate artist. 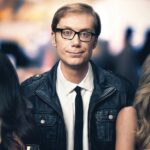 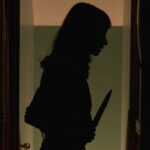