This month, we’re celebrating Pride by watching some of our favorite LGBTQ+ films. This genre is as diverse in stories and looks as the LGBTQ+ community itself. Check out our curated list or scroll down for some of our favorites along with our recommendations. Happy Pride!

Happy Together
Streaming now on HBO Max and The Criterion Channel
A vivid and heartbreaking film about a gay couple who takes a trip to Argentina in search of a new beginning, but instead begins drifting even further apart.

You should also check out Weekend.

Carol
Streaming now on Tubi and Amazon Prime Video
In 1950s New York, a department-store clerk who dreams of a better life falls for an older, married woman. Starring Cate Blanchett and Rooney Mara and directed by Todd Haynes, Carol has become a LGBTQ+ instant classic as an adaption of Patricia Highsmith’s romance novel “The Price of Salt.”

Todd Haynes is also known for Velvet Goldmine and Far From Heaven.

Fox and His Friends
Streaming now on HBO Max

Fox, a former circus performer, wins the lottery. Finally, with access to the life and things he’s always wanted, his desire to climb the social ladder overcomes him. Torn between his working-class roots and the shiny new facade of middle-class consciousness, Fox becomes vulnerable to someone who might not have his best interests in mind.

Hedwig and the Angry Inch
Streaming now on Kanopy
Raised a boy in East Berlin, Hedwig undergoes a personal transformation in order to emigrate to the U.S., where she reinvents herself as an “internationally ignored” but divinely talented rock diva, inhabiting a “beautiful gender of one.”

You’ll also like The Adventures of Priscilla, Queen of the Desert and To Die Like a Man,

Moonlight
Streaming now on Showtime
The tender, heartbreaking story of a young man’s struggle to find himself, told across three defining chapters in his life as he experiences the ecstasy, pain, and beauty of falling in love while grappling with his own sexuality.

The Favourite
Streaming now on Amazon Prime Video
Set in England during the early 18th century, the close relationship between Queen Anne and Sarah Churchill is threatened by the arrival of Sarah’s cousin, Abigail Hill, resulting in a bitter rivalry between the two cousins to be the Queen’s favorite.

We also recommend Portrait of a Lady on Fire, Ammonite, and The Handmaiden.

Tangerine
Streaming now on Netflix
After hearing that her boyfriend/pimp cheated on her while she was in jail, a transgender sex worker and her best friend set out to find him and teach him and his new lover a lesson.

You might also enjoy My Own Private Idaho and Multiple Maniacs.

Mourning the loss of his partner, George Falconer, an English professor working in Los Angeles, finds life increasingly difficult to face and begins contemplating taking his own life. While preparing for his departure, George encounters some of the people he has met during his time in Los Angeles and they notice a change in him.

Check out the rest of Reelgood’s Top 50 LGBTQ+ movies here. 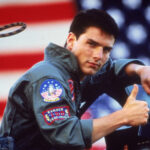